Home
Fashion and Beauty
Laser against cellulite or technologies of the future: Laser lipolysis, ROLSONE laser sphere and Icoone 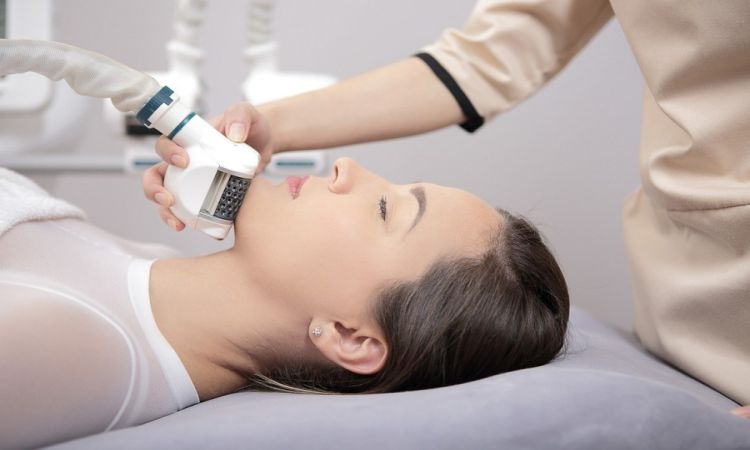 A laser beam is a cluster of photons of light of the same length and the same color scheme. To start the operation of the laser, you need to apply some kind of stimulator. It can be a light flash or an electric discharge. In 1960, the very first laser appeared, and since the early 1980s, lasers have begun to appear in medicine and cosmetology.

Since each problem in the field of cosmetology requires exposure in its own zone, and each of the zones requires a certain laser wavelength, this means that there is no one laser that can cope with all known problems. In order to create a specific wavelength, you need to create a specific length. That is why there are so many varieties of laser procedures in hardware cosmetology.

This procedure not only makes the excess fat” melt” but also stimulates the production of collagen, making the skin elastic and ridding it of cellulite. This innovative development allows you to get rid of tired fat deposits in just a few procedures, and the results become noticeable after the first visit to a specialist.

The wavelength that is used in this case is slightly higher than 924 nm. The expected effect is achieved by heating the tissues to 49 degrees, and this, in turn, leads to the splitting of fat cells. Laser lipolysis is considered one of the best methods of non-surgical liposuction along with Liposphere therapy.

Recently, in the case of laser lipolysis, a laser system has been used in hardware cosmetology, which combines two types of laser beams, with a wavelength of 1320 and 1064 nm.

What is the uniqueness of Icoone Laser and Rolsone Laser Sphere?

A novelty on the Russian market, ROLSONE Laser Sphere works on the basis of a technique called Liposphere therapy. Liposphere therapy is a symbiosis of laser technologies with a wavelength of 1064 nm and roller massage. The discovery of the technique was made in the last century in order to help women in the fight against cellulite quickly and effectively, but without resorting to surgical intervention. In addition to non-invasive effects (without skin damage), the advantages of Liposphere therapy are that the results of the procedure are noticeable quite quickly.

To make the effect as visible as possible, you do not need to follow several special recommendations, it is enough to adhere to the generally accepted ones – throughout the entire course and for some time after its completion. The recommended actions include maintaining an active and, if possible, healthy lifestyle, as well as increasing water consumption. It is recommended to do this due to the fact that during exposure to the Laser Sphere device, not only the process of splitting fat cells is started in the body, but also their removal from the body. And to speed up and facilitate this process, you need to drink as much water or green tea without sugar as possible, which additionally tones the skin and supplies it with antioxidants.

Indications for the use of Liposphere therapy:

As you can see, the range of applications of Liposphere therapy is quite wide. Due to its variable effect, it is used not only in hardware cosmetology but also in phlebolymphology and sports medicine.

Contraindications to lipospherotherapy are divided into two groups – absolute and relative.

What can we say about the Italian representative of laser equipment – icoone?

Icoone technology works on the basis of Roboderm technology and consists of mechanical stimulation of connective tissue. The procedure is more aesthetic and therefore you can resort to it at least every day. Only the financial side can limit the course of procedures. In addition to the micro-massage of one of the 11 manipulators, LED lifting and laser lipolysis with a wave of 915 nm occurs during the procedure. Icoone technology has two absolute advantages, which are the absence of age restrictions and the selection of an individual program for each patient.

Indications for the use of Icoone:

What impact does Icoone have on:

Do not neglect the list of contraindications before the first visit to a specialist. It is better to first familiarize yourself with them yourself, and at the first session, warn the specialist in advance about those that you have.

From a small review of laser developments, in principle, it is clear for whom or what the future is. Cosmetology is actively equipped with laser devices. And even in small cities, more and more people prefer the latest developments, for their complexity, accuracy and sustainable results.