Home
Healthy Foods and Recipes
Which Sandwich: 10 Classic American Sandwiches You Have to Try

Americans consume over 300 million sandwiches each and every day. Considering the country’s population is just over 300 million that means the average American will eat one sandwich per day!

So, it should come as no surprise that there are tons of different sandwiches to try. While some are popular across the nation, others are only prevalent in a specific region. 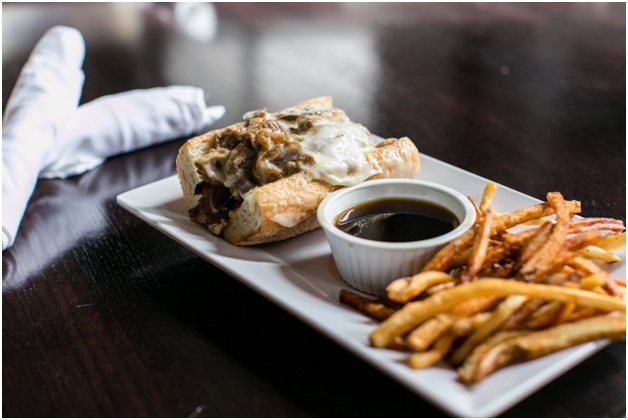 Whether you’re planning to visit America for the first time, or you’re an American who wants to try some new regional food, you can’t go wrong indulging in a classic sandwich.

Don’t know where to start? Keep reading to discover 10 famous American sandwiches that you need to try ASAP.

Born in Los Angeles, the French dip sandwich has since become a staple from coast to coast. Both Cole’s Pacific Electric Café and Philippe the Original claim to have created this famous sandwich, but the jury is out on who truly invented this masterpiece.

The French dip is made by layering thinly-sliced beef onto a French roll. Au jus is typically poured over the meat and extra is given on the side for dipping. Provolone cheese and cooked onions are also often added to complete this sandwich.

Much like the French dip, the origin of the Reuben sandwich is hotly debated. Both Omaha, Nebraska and New York claim to have been the trendsetters here.

Reubens are made by piling corned beef and sauerkraut between two slices of toasted rye bread. Add in some Swiss cheese and Russian dressing, and you have one delectable Reuben sandwich!

While it can be hard to find cheesesteaks wiz wit in other parts of the country, it can be done. Boo’s Philly Cheesesteaks, for example, serves up the traditional cheesesteak in California.

If Maine is popular for one thing, it’s lobster. And this state managed to marry the fancy and delicious lobster with a common hot dog bun.

After being cooked, the lobster meat is then tossed in mayonnaise, placed in the bun, and served cold. Voila! You have one tender and unique sandwich in your hands!

It’s hotly debated whether the Cuban was first created in Florida, or if Florida merely adopted it from Cuba. But there’s no denying that this sandwich has become popular in other areas of America.

It’s made by piling roast pork, ham, and swiss cheese on Cuban-style bread. It’s then topped off with pickle slices and mustard.

The po’ boy was created in New Orleans after streetcar conductors and motormen went on strike in the 1920s. The owners of Martin Brothers’ Coffee Stand and Restaurant used to work on the streetcars and were sympathetic to those on strike. So, they created the po’ boy and gave it to strikers for free to show their support.

It comes in a variety of forms, but they are all served on a French-style baguette. Common meats include roast beef or fried seafood, like shrimp, crawfish, or oysters. It’s also typically served with lettuce, tomato, and mayo.

Created at Central Grocery Co. by an Italian immigrant, a muffuletta is made by stuffing Italian cold cuts (usually salami, capicola, and ham) along with some cheese in muffuletta bread. What really sets it apart is the olive salad in the sandwich, which is made by combining pickled giardiniera vegetables with chopped olives.

Originating in Baltimore, the pit beef barbeque is made by grilling either top or bottom round roast over charcoal. The meat this then thinly-sliced and placed on a roll.

The BLT is one of the most well-known sandwiches in America. Not only is it delicious, but it’s easy to make at home by piling bacon, lettuce, and tomato on top of toasted bread with a little mayo.

So, where does the “A” come into play? Well, California has put its own unique twist on the BLT by adding avocado! While not well-known across the country, the BLTA is a classic sandwich in California and well worth a try.

No list of popular American sandwiches would be complete without the PB&J! This is a staple in school lunches and is made by spreading peanut butter and jelly onto two slices of white bread.

Families across the nation have put their own unique twists on these sandwiches. Fluffernutter (peanut butter and marshmallow fluff) and PB&J with potato chips inside are two popular renditions.

Your Guide to the Best American Sandwiches

Don’t keep eating the same old lunch you have every day! If you’re looking for something different, you can’t go wrong trying one of the classic American sandwiches listed above. From messy French dips and Philly cheesesteaks to seafood-inspired po’ boys and lobster rolls, there are so many popular sandwiches across the nation.

Are you looking for unique recipes to try? Then check out our healthy food section today!