Home
Lawyer
ALL ABOUT DIVORCE LAWYERS 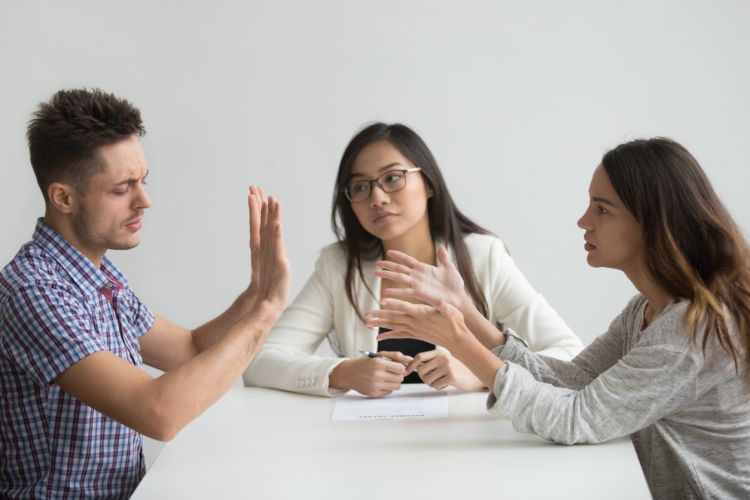 It’s common for unions to be fighting on the wrong issues. In order to aid their children, some parents in Australia participate in this kind of conduct. Some individuals avoid divorce out of worry that it may be seen as a betrayal by others. Some people do it because they fear they won’t be able to keep up with their bills without it. The fact that they are all founded on incorrect assumptions and ideas makes them all stumbling stones. Remember that the simplest answer to a problem is to do nothing at all. The problem will continue to exist even if you do nothing about it. Certain behaviours are just intolerable and necessitate a divorce, regardless of whether you catch on right away or wait until it happens again. Divorce lawyers in Brisbane have answered some commonly asked questions about divorce.

There is no such thing as an immediate or a quick divorce in Australia, so don’t expect it. Separation from one another for at least 12 months is required before a divorce may be granted. It is necessary to resume the 12-month separation if there is a period of unsuccessful reconciliation lasting three months or more. It normally takes at least four months from the time a divorce petition is filed to the time it is finalised.

It is still possible to get a divorce, but you must give documentation that you have separated from your spouse. Some examples of this would include halting sexual activity, living in separate rooms, having separate bank accounts, making your meals, and being upfront about your separation with friends, family, and even your neighbours.

For couples who have just been married for a few months or less than two years, you and your spouse must first attend a mediation session and acquire a certificate from your marriage counsellor. If this is not possible due to a variety of circumstances, an affidavit must be submitted. Standard divorce proceedings, including the 12-month separation period, are followed after the separation time.

As long as you can demonstrate that your marriage has ‘irretrievably broken down,’ you have sufficient grounds for divorce. Although both parties have the right to be informed about the divorce hearing, there are stringent deadlines for presenting court papers to avoid a stalemate. If your spouse is actually opposed to the divorce, they have the right to submit a response before the hearing.

The new marital status that you have achieved after receiving your divorce certificate will not be deemed official for another month after you obtain it. So, no, don’t get married again right away because it’s considered bigamy!

Under Australian law, there is a ‘no fault’ jurisdiction, which implies that the divorce does not need the shifting of responsibility. A 12-month separation is required instead to establish that the marriage has ‘irretrievably broken down.’

Divorce lawyers in Brisbane recommend that you are expected to make decisions on child custody and property distribution. Keep in mind that if you want the courts to become involved in your marital asset concerns, you must file your application within 12 months after the finalisation of your divorce.

Australian law is driven by ideas of fairness. For example, if there actually is a dispute over the division of marital assets, the court takes into consideration both the non-financial and financial contributions made by each partner. Regarding parenting issues, the court looks at what is in the child’s best interests as the determining factor.

Before, during, and after your divorce, you are permitted to revert to your maiden name. To change the names of children, both parents must provide their approval.

You may file for divorce online and do the necessary paperwork on your own time. The fact that you are seeking legal assistance, on the other hand, will guarantee that your rights are properly represented.

For those who live in Australia and are citizens or residents, filing for divorce in this nation is a simple process. Your marriage certificate will be required, and if it is not in English, you will be required to present extra evidence to prove your relationship.