These terms can refer to the same offense or they can have different meanings, depending on the state you’re driving in.

In any case, DUI and DWI both refer to a driver who is being charged with a serious offense who put themselves and others in danger. That applies to alcohol as well as other drugs that inhibit your ability to properly drive. Those drugs can include ones prescribed by a doctor as well as recreational drugs.

The difference between a DUI and DWI isn’t always obvious. Federal laws don’t distinguish between these two violations and there isn’t a nationwide definition of either offense. 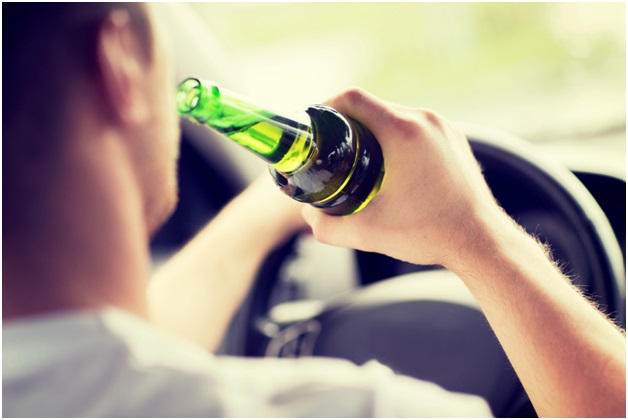 Many states will define and punish DWI and DUI violations differently. These offenses typically come with both legal and financial consequences.

Are you interested in learning more? If you are, then keep on reading and we’ll walk you through the main differences between a DUI and DWI that you need to know about.

Depending on the laws of the state, both DUI and DWI can be used to describe drunken or impaired driving. Some state laws will refer to the offense of drunk driving as a DWI while others will refer to it as a DUI.

It can get confusing when states use both terms. Most of the time, one term will refer to alcohol.

The other term will refer to impairments by drugs other than alcohol. The mean can also flip depending on the state you’re in.

Some states will use the term Driving While Intoxicated to refer to driving with a BAC (blood alcohol content) that’s over the legal limit. In those states, the term Driving Under the Influence is going to be used after a driver is charged with being under the influence of drugs or alcohol.

It’s a good idea to check the definitions of the state that you’re driving in.

These states use “operating” so that the law encompasses more than just driving. Even if your vehicle is parked, you can still be charged with an OUI if you’re intoxicated and behind the wheel.

Other Factors in Impaired Driving

For example, if you fail a field sobriety test, the officer might deem you to be impaired even if your BAC is under 0.08. All states have zero-tolerance laws that punish people who are under 21 years old for driving with any trace of alcohol in their bodies.

This means that if a person who is younger than 21 blows a BAC that’s higher than 0.00 then they’ll be charged with a DUI or DWI.

The officer might decide to call a Drug Recognition Expert (DRE) officer to the scene so that they can perform various tests. If the officer determines that you’re under the influence of drugs, then they can charge you with either a DUI or DWI.

The charge will depend on what the state calls the offense of drugged driving.

Which Is Worse: DWI or DUI?

If the state that you’re driving in recognizes DWI and DUI as separate violations, then a DWI will usually be a more serious charge. A DUI will be considered a lesser degree of intoxication.

Some states will offer the chance to reduce the charge from a DWI to a DUI if it’s the driver’s first offense of this kind and their BAC was below 0.08 percent.

Each of these offenses is serious and it is difficult to overturn them if the officer has a reason to pull the driver over.

The Importance of Knowing Differences Between DUI and DWI Charges

Hopefully, after reading the above article, you now have a better understanding of the differences between DUI and DWI charges. This will allow you to make smarter legal decisions in case you ever find yourself being charged with either of these offenses.

Make sure to check out the rest of our blog today for more helpful legal articles!