Home
Automotive
Motorcycle Helmet Safety Ratings – Which is the Best?

As long as you have been using motorcycle helmets, have you ever thought why there are some stickers as such DOT, Snell, or ECE stuck mandatorily at the back of those helmets? What do they mean? Shortly, they are the indicators of how safe and reliable the helmets are. They also indicate that the helmets have come out through some tests on specific safety standards.

Although each type of sticker providing authority has its own safety module and testing procedure, all of them mean and want safety at the end. However, going through different tests and having a safety sticker on its back does not guarantee that a helmet is as safe as you assume, still there might be some risk. The essential thing, in that case, is that you understand the basic stuff of helmet safety and apply those practically and carefully. 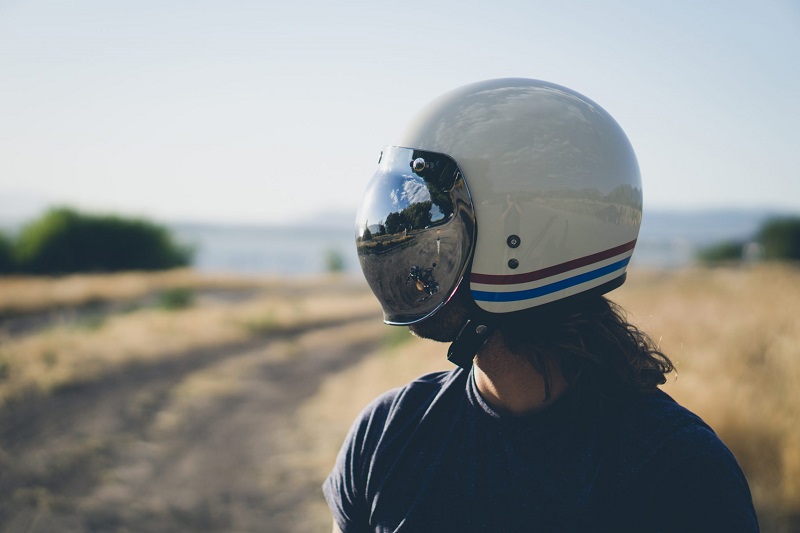 Anyway, we shall discuss here in below about the motorcycle helmet safety ratings offered by the top three safety guidance or manuals, namely DOT, Snell, or ECE. If we consider any other manual better, for instance, Sharp, we might include later.

Let’s go straight and focus on the key helmet safety ratings for motorcycles.

DOT – Department of Transportation is the central authority of the USA for transportation and vehicle control. DOT does not look after the helmet testing itself; instead, it sets standards and monitors the manufactures if they test their helmets according to the standards. If manufacturers do not comply with the set standards, the DOT holds them responsible and makes them corrected.

DOT sets standards for scrutinizing aspects such as vision, helmet retention, penetration retention, etc. which is not satisfactory to many. Experts claim it not fully-reliable. The set standards of DOT are relatively less hard. Manufacturers can quickly get them passed for the low passing scores. The most negative aspect is that the DOT scrutiny depends on random sampling for filtering wrong designs instead of bringing every helmet under specific testing.

Well, don’t leave your helmet just because it is DOT certified after reading as above! In the helmet industry, most of the entry-level models come with DOT certifications. Many of the high-end models do also follow this standard. A DOT safety rated helmet, though it is the most primary-level standard, is still qualified enough to protect you from the impact of a crash.

DOT’s ‘Drop Test’ and ‘Penetration Test’ measures the impact-resistance of a helmet shell on the crash. The helmets either pass or fail, no in-between, and for this, some DOT certified helmets do much better sometimes than many other in-between models in the event of a crash.

Followed by more than half of Europe officially, Economic Commission for Europe (ECE) safety rating is one of the most prominent helmet safety standards. It has a more complex, extensive, and harder testing module than the DOT. Before certifying a helmet, a third-party lab brings it under super-stringent testing.

Tests are brought on the field of vision, the strength of the shell, and resistance against impact. Later, the helmet is put for experiments on different shaped and sized dummy heads. Figuring out the pressure points and places where it can cause damage in case of an impact (when helmet doesn’t fit well on the rider’s head) is the main reason for this test.

Some helmet manufacturers keep their products under both – ECE and DOT testing. One limitation of the process is that the testing person (technician) can give the helmet a single blow, not multiple. In Europe, it is the first and foremost safety standard for helmets, and we do rely on them.

Here we come to the most significant safety rating provider – Snell, the best amongst the three. The Snell Foundation runs it, established in 1957. Since the beginning, Snell has been the most prominent role player at head protection. Apart from the FIA (Federation Internationale de l’Automobile) rated safety racing helmets, Snell rated helmets are allowed at the racing tracks worldwide.

Snell is considered as safe as the FIA for its comprehensive helmet safety standard. It is, therefore, undoubtedly ahead of the rest safety rating ensurers. But DOT and ECE have significant applications. We’re keeping Snell ahead, but at the same time keeping our trust on these two.