Home
Net Worth
How Much is NFL Cheerleader Salary

Cheerleading has been quite a brilliant job across the globe in recent times. It is now an attractive profession for many people around the world. Professional cheerleading requires much dedication and yet not that highly paid. Besides, the cheerleaders need to maintain their figure, weight, fitness and their overall appearance. They need to use makeups that are not very pocket friendly. Cheerleaders are trained by professional trainers which is also a bit costly. They are to attend a lot of practice sessions before they go down to the ground and entertain the crowd. Moreover, they require to practice during their holidays, off seasons and must attend photo shoots and other media events as well. However, the most pathetic part of the cheerleading career is- they do not get paid for all these efforts at the end of the day. The NFL Cheerleader salary is hardly up to the mark considering the efforts, time, and money they spend to maintain the career. 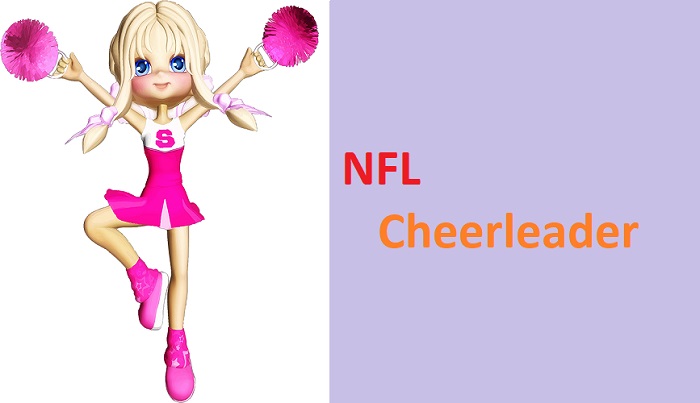 How Much Can a Cheerleader Make in a Season?

Many people think that NFL Cheerleaders get highly paid, and a number of them consider cheerleading an attractive profession to be very practical. However, reality is a bit different from the picture people see in the media. Sometimes they are not paid even the minimum wage for all the efforts they afford.

To be very precise, the salary of the cheerleaders varies from team to team. They get paid in accordance with their experience, circumstance, contract, and fitness. They need to be very smart and cheerful to get paid along with their physical appearance. The elites get much than the supporters.

In general, an NFL Cheerleader makes almost $1,250 each season (which varies). Let’s have a quick look at their hourly fees, match fees, and season income in the following without delay. Let’s get started!

Match fees also differ from one team to another according to many criteria. Not every team pay the same, and consequently, the cheerleaders get a lower payment for their job. Generally, in every match, the elite cheerleaders get between $100 to $200, and the supporters get approximately $50 to $75. The San Diego Chargers give $75 to the cheerleaders per game, the Baltimore Ravens pay $100 per game, and at the same time, the Dallas Cowboys pay $150 per home game. Some teams like New York Jets, Buffalo Bills, Cincinnati Bengals, Tampa Bay do not want to give the federal minimum wages to them, and so now everyone is raising voice against this injustice. They do not hesitate to file lawsuits. The state is trying to fix this issue so far we have heard, as of now.

After playing two pre-seasons and almost eight regular-season home games, almost all the cheerleaders are paid nearly $500 to $700 each season. The seasonal income of an NFL Cheerleaders is approximately $1,200 per year which is not as fair as it seems from the opposite side of the fence. This means they get less than $5 per hour on an average. Some teams pay $75 for each home game. It includes their training session, working hour for maintaining fitness, shape the body, etc. Some teams give $100 for a home game, and some pay $150 as well, but it is very rare. They provide them with the travel, food, makeup, accommodation expenses and some offers extra payment for over time. However, the sum of their income is not parallel to all their efforts as they claim, and we can see so far.

Some of the cheerleaders of NFL are paid on a monthly basis. They get paid from $1,000 to $1,500 per month on an average on account of their performance.

While the NFL players’ average yearly income is around $1.3 million, the NFL team mascots are paid between $25,000-$65,000 per year, the NFL Cheerleader salary of each year is around $17,000 to $55,000 which also varies from team to team. This does not include the yearly bonuses and other benefits. Their salary is below the federal minimum wage.

The cheerleaders usually make extra money by selling calendars from their photo shootings, which includes their car parking passes and free traveling. Besides, they can also earn money by modeling and acting as well.

As a profession, cheerleading industry is growing with the passage of time. Moreover, cheerleading is also introduced to other sports as well. So, it can be expected that the NFL Cheerleader Salary will also grow over time as they already filed lawsuits against their getting a low payment. Now, let’s wait and see what’s up to their fortune.