Home
Healthy Foods and Recipes
What Are the Health Benefits of Ceylon Cinnamon? 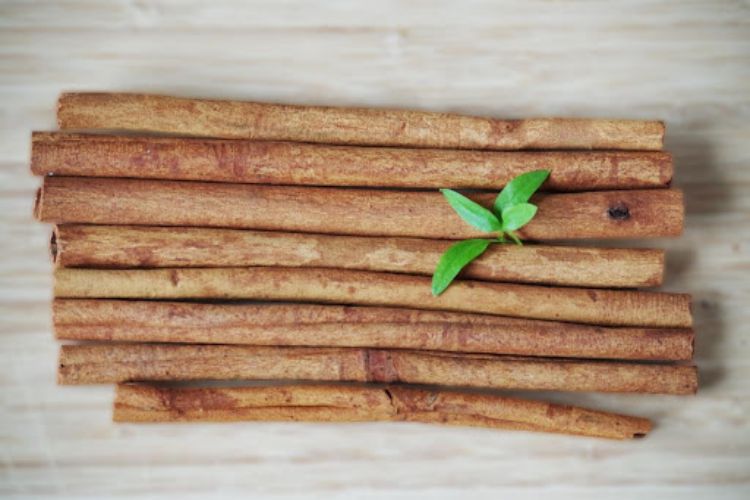 Cinnamon is a very diverse herb. History shows this herb used by the ancient Egyptians and the ancient Greeks thousands of years ago.

Back then, people used this herb as incense and as a medicine for their stomachs. But today, we can still benefit from this magnificent herb.

Ceylon Cinnamon has many health benefits and medicinal uses. Let’s explore this herb and how to incorporate it into our diets!

What is Ceylon Cinnamon?

But, Ceylon cinnamon is a little more than just cinnamon. It is cinnamon. But, many overlook the many positive benefits found in this delicious herb.

Cinnamon is actually the bark of a tree that is then dried and ground into powder. The bark comes from an evergreen tree and is a relative of the Laurel tree. This is where it gets its fresh and potent flavor so many love.

Ceylon cinnamon offers a plethora of micronutrients and vitamins. It also offers many anti-inflammatory properties and has been used for centuries.

These benefits are not clinically proven, necessarily. However, there is a historical precedent for using this herb to improve your health. Based on the compounds that make up this plant there is support for these uses.

Ceylon cinnamon offers a vast array of nutrients and antioxidant properties. These antioxidants are the portion of the herb that helps prevent inflammation. The high nutrient content helps improve organ health and function.

Incorporating these herbs into your diet on a western diet may seem more difficult. But we have some suggestions for you.

Although it is not spicy or overly strong, some people just don’t like cinnamon. There is no shame in taking your supplements as a capsule. This herb is fairly popular in the western herbal markets. You shouldn’t have an issue finding it at your health market.

But, you can also incorporate this herb in your baking. It has floral and vanilla-like flavors. It is very mild and will likely improve your sweet snacks. You can easily add it to trail mixes and black teas to make a chai-like tea.

Should You Use Ceylon Cinnamon?

It can help maintain healthy blood sugar levels and decrease inflammation in healthy people. Everyone experiences some level of pain or maybe eat too much sugar. Implementing this can help you maintain a healthy balance.

We hope this article has convinced you to check out this amazing herb! Check out our website to learn more every day!