There are myriad of reasons to tell why people like being in buzz or getting high. While for some it’s medically necessary, for others it keeps them sane through the day! 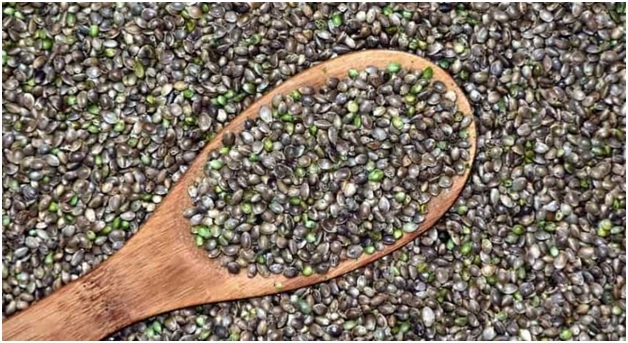 Cannabis is the most popular, mind-altering drugs, which has its existence since 500 BC.  While it was primarily used for medical purposes, it has gone to the mainstream as the most popular recreational drug.

While many countries have made this once popular and legal drug, illegal in many countries, it’s amazing to see how massive popularity the drug has around the world.

however, there’s also associated some facts that even the professional potheads don’t know.  Dive-in to know some.  But,  before having a look at what exactly the drug is and what are its effects.

Marijuana originates by drying the flower tops, stems, seeds and leaves of the cannabis sativa plant.  The components (CBD, delta-9-tetrahydrocannabinol and more) present in the marijuana are used in relieving chronic conditions, pains, inflammation, nausea and more. Besides, you can use it for fiber as healthy hemp oil, as seed oil, medical treatments and more.

It’s The Most Popular, Commonly Used Illegal Drug In America:

Cannabis is illegal in Australia; it is going mainstream. You can legally use marijuana in states like California, Colorado, Oregon, Maine, Nevada, Washington, Alaska, District of Columbia and Massachusetts.  Additionally, 21 states allow keeping marijuana for medical purposes.

It Can Create Your Unhealthy Pet:

Marijuana is not made from one drug; instead, it contains more than 100 different types of cannabinoids. These cannabinoids offer pleasant effects which help in treating pains and other ailments. While THC ( one of the cannabinoid) can make you feel high, the CBD( another cannabinoid from 100) counter the negative effects. With CBD you will be less likely to feel high and feel less addicted.

Cannabis Is In The Air:

Of course, you can expect the haze of smoke at some specific places like Grateful Dead concerts and other marijuana rallies.  A study done in Italy found traces of cannabis flying in the air; in fact, researches are conducted in Rome, Florence, Turin, Verona and more to identify the substance of cocaine, marijuana, and caffeine.

Smoke Does Not Affect A Teenager’s IQ:

One of the common myths linked with marijuana consumption is that it can weaken the teenager’s brain, which is partially true. excessive use of marijuana can hamper your thinking capabilities and affect the IQ level.

Weed Was The First Thing That Was Sold Online:

The first e-commerce transaction was the sale of weed, which was done in 1917 by a Stanford student. While the students used computers to sale the pot, the actual handling of the product was done personally.

The Resulting Experiences Of Marijuana May Vary:

Weed Posses Dangers To The Environment:

Apart from offering health issues, weed also posses bigger on the environment. For every pound of pot grown inside, over 4,600 pounds of carbon dioxide gets released into the atmosphere.

Icelanders Are The Biggest Consumers:

If you think that Jamaica or the Netherlands has the highest number of people consuming marijuana, you are wrong! Iceland is the biggest stoners with most of the population consuming cannabis for anything.

So, those were some facts about marijuana that will leave you bit hazy!