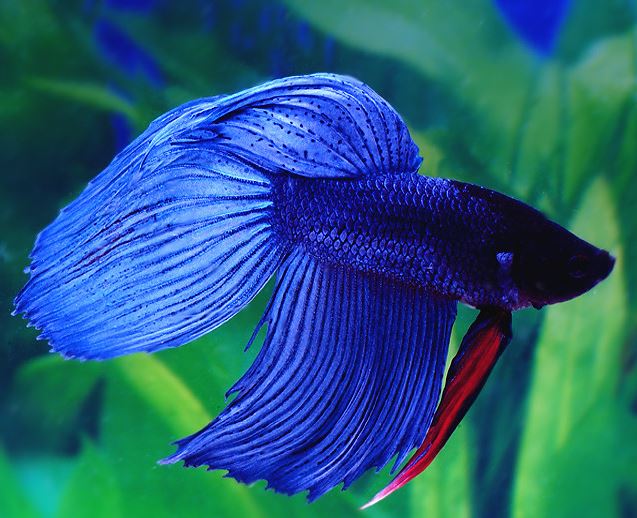 Keeping fishes as pets is common among many people. However, not all fishes get along with each other. Some fishes require careful attention to keep them from attacking their other aquatic friends.

The Betta fish is colorful and likes to go solo. They do not mingle much and likes their privacy. Regardless of gender, their aggressive nature starts a fight with others. They are non-schooling fish. These fishes mostly want to hide away in corners, which makes them feel safe. They prefer to dwell around numerous marine caves and planted edges.

Attitude and aggressive measure of a Betta

The Betta comes from a long line of combative and areal fishes. They developed their combative nature to defend their territory.

It is never wise to put two male Bettas in the same aquarium or bowl. They fight viciously with each other to the end. The outcome would be either one of them dies or hides away before getting killed.

So, if a male Betta feels threatened or feels that he cannot fight the opponent, he immediately surrenders. Surrendering would mean swiftly hiding away in a safe corner. It is apparent from the stress lines that appear on them.

According to the Aquariumfishcity.com, female Betta is also territorial and tries hard to cope in the environment. The fight scene for females are milder and do not cross beyond a bite.

Betta males thrive peacefully with other species other than their own in community aquariums. The hierarchal female Betta cannot thrive in pairs, although in a community aquarium, they can co-exist without hassle.

In general, both male and female Betta is shy and conservative. They like to keep to themselves and attack anything that looks like them.

Mollies are tropical fishes that share a great fellowship with ‘livebearers’ like snails, shrimps, guppies, tetras, swordtails, and minnows. They enjoy swimming in slightly salty water. All such breed of fishes thrives under similar conditions and also has an identical degree of aggression.

Attitude and aggressive measure of a Molly

Mollies are quite peaceful, but for male adults, the stress of other fishes makes them territorial in an aquarium. The ratio is one male for every three to five female mollies. They do well with fishes of equal size.

The most aggressive a molly can get is nipping the fins of other fishes.

An interesting fact about them is that they can set up the boundary for ranks. They appoint each Molly to their designated role according to their importance. These levels decide the life and death of these fishes. In terms of ranking, the male mollies are the alpha and always get the top rank. Having too many male mollies in one tank can lead to alphas fighting and causing a disturbance.

A Betta cannot co-exist with a Molly. At the same time, they can both thrive in similar PH values and temperatures and are omnivorous but differ in temperament.

Betta’s aggressive nature is sure to launch attacks on Molly, a peaceful lot compared to Betta. Female Mollies and Betta’s can co-exist as they are mellow and not aggressive.