Red wine is known for long as a beneficial drink even though it contains a moderately high amount of alcohol; something is known to have several detrimental health effects. Red wine is mainly believed to be good for your heart health.

However, the white wine, beer, and other liquors are also known to have similar heart-healthy attributes. So, why red wine is a special mention?

The answer lies in the fact that it possesses some useful antioxidants or polyphenols (about ten times more present in red wine compared the white wine) which especially helpful in protecting the blood vessels present in the heart.

You’ll get to know in an advanced level once you visit thewineItems.com. Resveratrol is one of the key polyphenols present in the red wine that makes red wine a good candidate to look after your heart. Red Wine also has other health benefits. Let us discuss the key benefits of taking a moderate amount red wine daily. 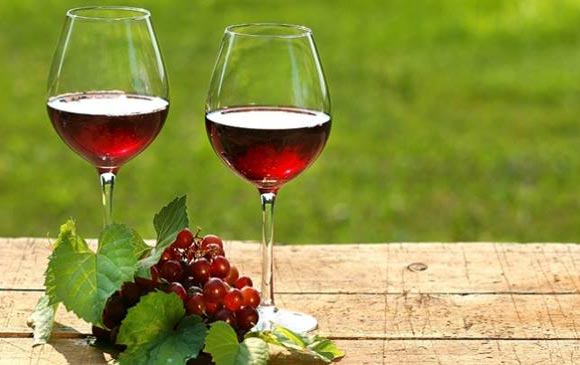 Bioactive components of red wine, such as resveratrol, quercetin, and other polyphenols decrease the level of LDL (low-density lipoprotein), commonly known as the “Bad Cholesterol” and thereby help to prevent blood clots, a primary cause of heart diseases. The anti-inflammatory properties of these polyphenols avoid the oxidation of LDL, making it hard for blood platelets to form clumps leading to clot formation and cardiac arrests.

Consumption of red wine can reduce the rate of atherosclerosis progression (a type of arteriosclerosis related to deposition of plaque, cholesterol and fat inside the blood vessels). It also protects the heart tissues during the recovery period of a cardiac arrest and relaxes the coronary arteries. Quercetin, in particular, reduces inflammation, prevents oxidative stress, and regulates the levels of blood pressure. Although red wine cuts down the mortality rate because of atherosclerosis compared to people who do not consume red wine, it is noted that people who drink too much red wine are at higher risk of mortality due to cardiac impairment. So, maintaining moderate consumption is essential.

Red wine consumption not only reduces the LDL but also helps to boost the level of HDL (high-density lipoprotein) or the “Good Cholesterol.” Different studies confirmed the increase of HDL up to 17% after regular consumption of red wine thereby lowering the risk of heart diseases by 8%.

Reduces the Effects of Free Radicals

Various degenerative and chronic diseases occur due to free radical accumulations. These diseases include neurodegenerative disorders, cardiovascular problems, rheumatoid arthritis and other autoimmune diseases and cancer. Red wine contains potent antioxidants that act as free radical scavengers and neutralizes the ill effects of the oxidative stresses. The antioxidants improve the immune system of your body as well as lowering the risk of developing other diseases. The scavenging of free radicals also helps reduce the initiation of tumors and its progression and promotion (spreading of cancer cells).

Resveratrol present in red wine is thought to prevent the development of insulin resistance and subsequent diabetes. Red wine can reduce the glucose passage and absorption in the small intestine by inhibiting the corresponding enzymes thus slowing its availability in the bloodstream. This helps to prevent a rise in blood sugar levels in type 2 diabetes patients. So, moderate red wine consumption is also beneficial control blood sugar levels in diabetic patients. Moreover, red wine has no inhibitory effect on the pancreatic enzyme responsible for the breakdown of starch, a pivotal component to negate the blood sugar medication-related side effects.

Red wine may also be good for patients fighting against obesity and excessive weight gain. Piceatannol a component similar to resveratrol present in red wine is mainly responsible for this. It blocks the ability of immature adipose cells (fat cells) to grow and develop. The compound further changes the functions of insulin, gene expressions, and functions during the metabolic processes of the fat tissues. Adipogenesis, the cell development in adipose tissues is completely inhibited in the presence of piceatannol thus preventing the accumulation of fat cells, the major contributor to weight gain. The inhibition of fat cell development is achieved primarily through blocking the capacity of insulin to control the cell cycle as well as the activation of the genes responsible for later stages of fat development.

Some of the best red wines ideal for your health are:

Pinot Noir: This wine contains highest resveratrol concentration, thereby making it the most potent choice of wines for health benefits. While procuring Pinot Noir, it is better to opt for traditional wineries as the large vineyards tend to cut down on the aging time thus reducing the concentration of resveratrol.

Cabernet Sauvignon: This wine is made from Red Tannat grapes and contains more procyanidins that help to prevent inflammation. Cabernet Sauvignon is long known to be associated with higher longevity.

Madirans: Another wine prepared from Tannat grapes thus containing rich amount of procyanidins. The wines sourced from Italy, France, and Sardinia are the best as it is traditionally made in these places. Otherwise, the same aging issue (less aging time) hampers the procyanidins concentration.

Merlot: This wine is made of black grapes having dark blue skins. It contains a high concentration of procyanidins as well (mainly sourced from France and Sardinia).

Syrahs (or Shiraz): Another wine with a high quantity of procyanidins and is available abundantly in all regions.

Barbera: An Italian wine with versatility containing high levels of resveratrol and trans-piceatannol, another phenolic antioxidant with significant health benefits.

From most of the studies conducted by researchers from around the globe it is evident that there are many potential health benefits of red wine and the positive effects are prominent when the wine is consumed in moderate amount (daily one drink for women and two drink for men), and regularly.