Flour is an essential ingredient in some of the world’s most favorite foods including pasta and bread. However, the average person doesn’t know a whole lot about the production process. Continue reading to learn more about flour production. 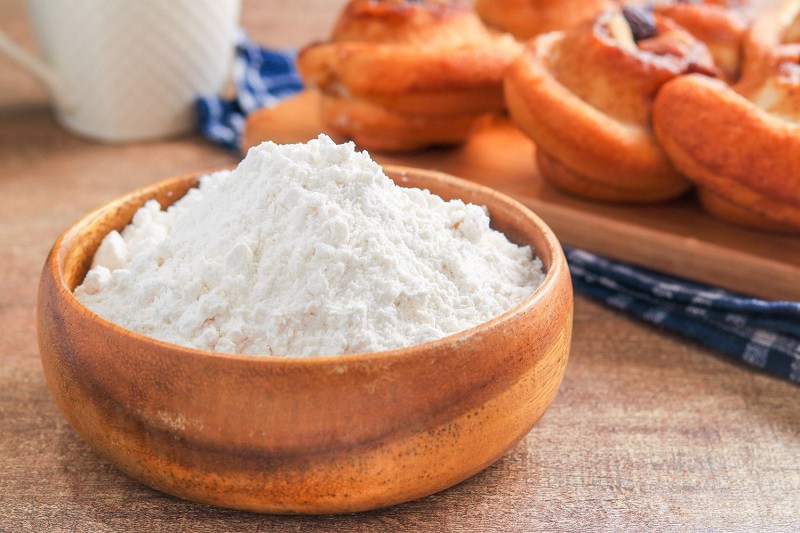 A crucial part of creating flour is grading the wheat. Wheat brought in for flour production is chemically and physically analyzed and placed into categories based on its look and its protein content.

Wheat within the same grade is stored together until the purification process.

The wheat is then washed in warm water and spun out to dry. Moisture levels are closely monitored. Some process will also involve conditioning, which means the wheat is left in water of a various temperature for a whole day.

This is the process that transforms wheat into what will eventually become the flour. The wheat is mixed together using different machines. One machine known for its flour production is the Entoleter, which spins the grain into smaller metal pins. Next, the wheat is pressed through breaker rolls, which are two metal rollers.

This produces what is known as middlings. They are course flour that will later pass through a mesh material or a screen to remove lighter pieces and to be grinded down to a finer powder.

The mesh and screen quality are important in this stage of the flour production process. Bonfilt creates specialized, synthetic silk flour mill mesh that can help any flour producer create the best possible batch of flour using a high-quality mesh during this critical stage in production.

After the flour passes through this mesh or screen, the middlings are ground into a finer flour after passing through metal rollers once again. They go through sieves to separate them by their fineness.

After everything has been broken down, bleaching agents are added to the flour along with minerals, oxidizing agents, and vitamins. If the flour being produced is going to be self-rising flour, leavening agents and salt are added.

It takes one or two months to fully process flour. After that period of time, the flour is packaged and set off to retail stores to be sold to customers!

Now that you know how the flour production process works, you know that the mesh used in the milling process is very important. Bonfilt is ready to help you by providing you the best mesh for the job.