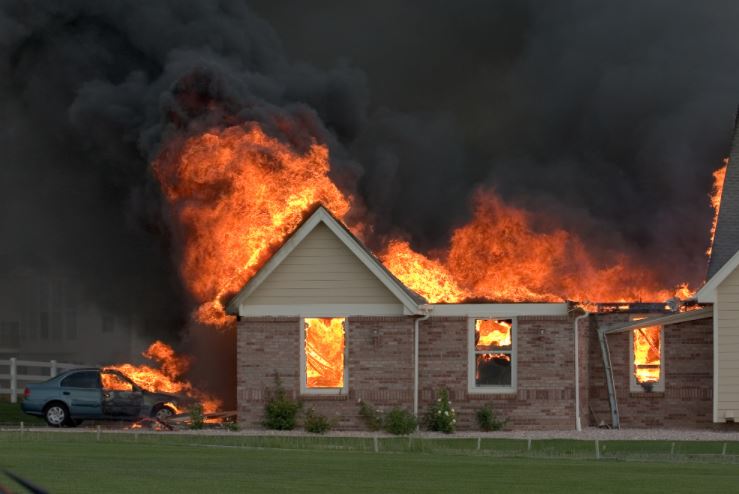 For your information, an accidental fire can ignite at any point in time. This means you shouldn’t only expect a large short circuit to cause big damage. Even if a little issue such as the gas leakage is overlooked, it could transition into something big and more deadly. Every year, people spend thousands of dollars on fire damage, which is why they need to settle for a property insurance plan to protect their homes. Not to forget, it is much better to prevent the circumstances that can lead to the fires in the first place. According to recent research, around 0.35 million homes come under fire in the US alone every year. This number is shocking because many accidents lead to severe injuries and even death. Broadly speaking, there are two major causes of fires breaking out in homes. The first one is when the fire is caused by materials that are highly flammable and the second cause is when our own mistakes can lead to a big problem. So in this feature, we will walk you through some of the most common causes of fire breaking out and how to avoid them:

1. Fire in the Kitchen

One of the leading reasons behind fire spreading in the house is when people make silly mistakes in the kitchen while using gas and electrical equipment. In simple words, cooking fires are the most common type of house fire that amounts to around 49% of the total residential incidents. Even when there is a lot of grease on the walls or in the cooking chimney, it will catch fire at some point in time. The easiest way to avoid fire in the kitchen is to never leave a burning stove unattended or by itself. Most of the time, when homeowners leave the kitchen, the fire is discovered only after it’s too late. Secondly, the portable appliances should be kept at a distance from the stove and the conventional utensils to avoid any chances of spark.

If you don’t know, different types of electrical fires affect more than 50,000 houses each year. This is shocking because a large number of people die as a result. These fires are caused by the short circuits that occur in the main heating system or due to the presence of certain appliances. The electrical fires amount to 10% of all the residential fire cases. As soon as a short circuit occurs in the kitchen, the other materials, especially the plastic, catch fire quickly. However, if you have a properly installed electrical wiring system in the kitchen, you won’t have to worry about struggling with such issues at all. Even when electrical equipment is used for the different fixtures of the house, chances are that uncontrolled usage might cause a short circuit. This is why even the plumber Calabasas uses safe and high-tech equipment to avoid any such issues during work.

As much as they look innocent, burning candles are one of the leading causes of severe fire breaking out in the house. Between 2014 to 2018, around 7600 fires in the residential houses were caused due to burning candles. This is alarming because the use of candles is not limited to particular areas of the house. Today, a candle is used as an element of décor and you will find it in every part of the house. A candle will not only be used at the time of Christmas or New Years’ eve, whenever you talk about home décor, but a beautiful candle will also be there. So if you have kids in the house, it is recommended that you keep the matchbox and the lighters locked in a different drawer or a room. This way you will protect not only yourself but for everybody in the house.

There’s no denying the fact that Christmas trees can easily catch fires because of the amount of décor stuff they have to be embellished with. A few years back, a typical Christmas tree’s décor was only about decorating it with cute little fairies and a few glitter balls. Now, with the massive evolution of technology and art, people love to go the extra mile with the decoration of their Christmas trees. Today, the atypical Christmas tree is infused with LED lights, glitter light balls, candles, and whatnot. The amalgamation of all of this looks unique but can be dangerous as well. The Christmas trees can easily catch fire because of a short circuit or a poor-quality decoration. So make sure to invest some time in getting things right rather than rushing through time.