Home
Outdoors
Campsite Delight: Should You Buy a Butane VS Propane Camping Stove?

Did you know that the first camping stove as made by the company Coleman at the request of the U.S. government during World War II? 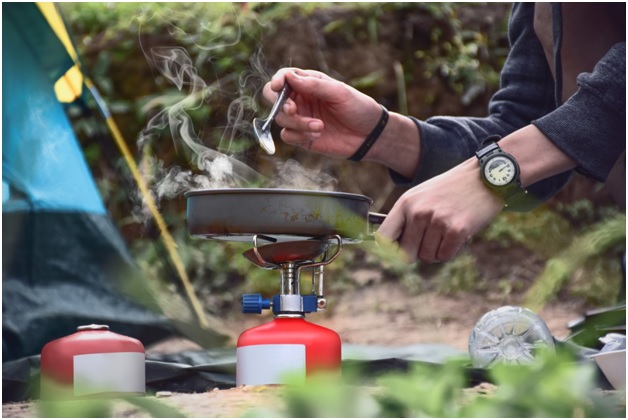 Nowadays, camping stoves have come a long way, including the type of fuel that they use. So, in the great butane vs propane debate, which comes out on top?

The difference between propane and butane might seem relatively small, but depending on your camping set up and where you want to go and what season, it can make a pretty big impact.

Butane vs Propane: Which is Better?

Butane vs Propane are a hotly contested topic, and below we’ll go over the differences between butane and propane for your gas stove and the ideal situations for each.

Butane and propane typically have different connectors. Butane stoves usually have clip-on connectors, while propane stoves have a more traditional screw-on connector. These differences are typical only in larger stoves, so it shouldn’t make a difference if you use any of the smaller stoves, which use cartridges for both butane and propane. It’s important to keep this in mind, especially when you find a propane gas company to refill your bottles/cartridges.

Turns out that propane and butane burn almost identical to each other, delivering similar BTUs (known as British Thermal Units). You won’t find a hotter burning flame when trying to pick one over the other.

By volume, butane has a bit more capacity, a little over 10 percent, when compared to propane. What this means for you is that you’ll be able to have longer cooking times with a bottle of butane when compared to a similarly sized bottle of propane.

This won’t be the only factor to consider, but if you’re planning on packing light, butane bottles or cartridges will allow for you to pack less fuel, saving you both in size and weight.

The difference in boiling point temperatures means that propane has a wider range of temperatures in which it can be used. If you’re a fan of camping in the winter and in sub-zero temperatures, propane will give you the freedom to do that.

If you wanted to use butane, you would need to have a way to warm the container up to 31 degrees (assuming you’re in an environment below 31 degrees F).

If you’re going to experience a wider range of temperatures, it may make sense to bring one of each. There are a number of stoves that can run on both, so if one leg of your trip allows or butane, the capacity may compel you to use that first. If another leg of your trip is in frigid temperatures, propane will be a godsend. Hybrid fuels are available, but they may not provide any more utility than just bringing separate cartridges/bottles with you.

In the battle between butane vs. propane, when it comes to versatility, propane is the most ideal gas for camping due to its extremely low boiling point.

Want even more great info. To help make your life easier and better? Take a look at a few more of the great articles on our site!