It’s no secret that men don’t like to go to the doctor. Men are often not comfortable talking about their health, even to a doctor. When it comes to men’s sexual health, such as erectile dysfunction, forget it. 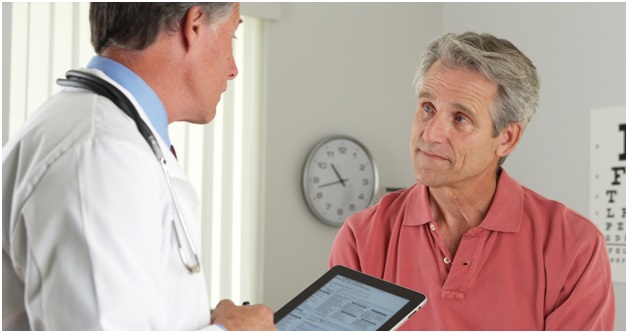 Despite the many commercials about erectile dysfunction (ED) and men’s health, talking about ED is embarrassing and taboo for most men. Talking about it might give them the peace of mind that they aren’t alone, though, as over 30 million men in the US experience ED.

As you age, it becomes more common, but it is treatable, as it’s often caused by blood flow issues.

Men Are Infertile, Too

When thinking of infertility, most people think of women. Men can be infertile as well though. Low sperm count, low sperm motility, testicular trauma, disease, and anatomical abnormalities can all contribute to male infertility.

Men are just assumed to always be fertile, as they can impregnate women long after women’s fertility declines as they get older, but this isn’t always the case.

A man’s sexual health doesn’t just impact him; it impacts his partner as well. If he is suffering from ED, for example, but won’t seek medical treatment, his partner may feel dissatisfied with their sexual relationship.

Penis size can also create tension between a man and his partner, especially if he is self-conscious or his partner is left unsatisfied. If this is your experience, you can learn more about increasing the size of your penis.

Peyronie’s Disease Can Cause the Penis To Bend

When the penis is injured, usually during sex or physical activity, such as sports, the penis can bend. The bend can be significant, painful, and cause dysfunction during sex. If you have an injury to your penis, you will need to see a doctor.

This bend is due to scar tissue build-up, called plaque, that causes the penis to bend and become extremely painful, particularly during sex. It can also prevent men from getting a full erection.

With proper care, Peyronie’s Disease can be treated by a doctor. Don’t avoid going to a doctor out of embarrassment, as Peyronie’s can be prevented from getting worse even if it’s not fully treatable.

Hopefully, this brief guide on men’s sexual health has convinced you that men’s health shouldn’t be ignored. See a doctor regularly or at a minimum, when you are experiencing any sort of pain, discomfort, or other issues with your sexual health.

If this guide was helpful, be sure to check out some of our other health and lifestyle guides before you go.